The 2016 #RootedinAg contest winner works to reinvent the family farm and better her community.
By Lynn Grooms / Photography by Edwin Remsberg
Shelby Watson Hampton recalls a sage piece of advice from her grandfather, Russell Watson Sr. “Now remember, kids: Anything you do reflects on your grandma and me, and the family as a whole,” he said. “Always remember that.”

Hampton, who recently won Thrive’s #RootedinAg contest, says, “I remember everything about that moment. It seemed to set the stage for a lot of things to come.”

Hampton won the contest based on the number of online votes she received and the quality of her entry, as determined by a panel of judges. She was one of five finalists, who each received a mini touch-screen tablet. Her winning essay described how her family’s agricultural roots have helped four generations of Watsons stay committed to their land and community in Brandywine, Maryland.

The family business began as a tobacco farm. Today, Hampton; her husband, Wade; and her aunt and uncle, Susan Watson White and Bob White, are business partners in Robin Hill Farm and Vineyards. About 2,000 grapevines grow where tobacco once grew. This spring, the family plans to plant another 1,000 vines. The business partners are also remodeling an old tobacco barn into a winery and tasting room.
Our #RootedinAg winner draws strength from family's farming heritage. @SyngentaUS

For winning the #RootedinAg contest, Hampton received a $1,000 donation from Syngenta, made in her name to an organization of her choice—the Brandywine-Baden Out of the Darkness Walk, which benefits the American Foundation for Suicide Prevention (AFSP). Hampton chose AFSP in remembrance of her older brother, Russ, who battled depression and anxiety.

“Despite our best efforts, we lost my big brother to the disease of suicide in fall 2003,” she says. “Losing him was like losing a leg; it took me a long time to learn how to stand again.”

For decades, farm families have suffered a higher rate of suicide than the general population, Hampton says, citing a recent Newsweek article. The story notes that the exact rates are difficult to determine, because farmer suicides are under-reported.

“Although our small town is one of close-knit families who work hard, play together and protect each other, we have lost six young people to suicide in the past 13 years,” she says.

In response, Hampton and other community members formed an AFSP chapter three years ago and began fundraising with a local walk.

“To date, we have raised almost $100,000 through the walk and other events,” she says. “The generous donation from Syngenta will help us continue to support the people and their families who are battling this deadly disease, so they can begin to step out of the darkness and into the light.” 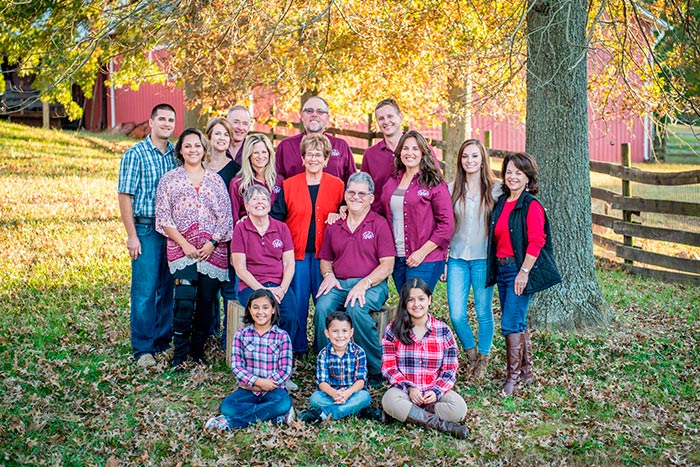 READ NEXT
Syngenta Has a Culture of Collaboration
The agribusiness company believes that partnerships are fundamental for innovation.
➤
Current News & Events
View Video & Photo Gallery
Back to Top
Thrive