“I’m focused on becoming more efficient, but I can’t afford a tonnage loss with my silage,” says Eachus, who raises 1,500 cows with his father, Wally, at Wellacrest Farms near Mullica Hill, New Jersey.

That’s why Eachus was willing to try Enogen® Feed hybrids on some of his acres last year. He had heard how the higher levels of sugar and starch availability in Enogen provide more available energy, which translates into greater feed efficiency.


“Feed intake went down with Enogen, while feed efficiency went up. This could be the difference between staying in business and going out of business.”

Eachus planted 50 units of Enogen Feed corn in 2018 for silage and conducted his own feeding trials. “Feed intake went down with Enogen, while feed efficiency went up,” says Eachus, who was so pleased with the results that he planted 100% Enogen Feed hybrids this year. “This could be the difference between staying in business and going out of business.”

Once farmers try Enogen Feed corn, it’s not uncommon for them to make a total switch to Enogen. “You have flexibility with Enogen Feed corn,” says Easton Eggers, Enogen Feed lead for Syngenta. “We’ve seen additional value, whether producers feed dry corn or silage. Farmers like Enogen Feed corn because it performs in the field and it provides more available energy to their cattle.”

“My father-in-law started feeding Enogen to his cattle, which caught my attention,” says Baker, who has approximately 3,700 head of cattle in his feed yard at any one time. He feeds about a third of his Enogen Feed corn as silage and the rest as dry-rolled corn.

While he worried that the efficiency he gained with Enogen would come at the cost of yield drag, that didn’t happen. “To date, I’ve had record yields with Enogen.”

From the Ocean to the Field

The Enogen trait is available in approximately 30 corn hybrids in a wide range of maturities. It’s interesting to note that the key to this trait was discovered at the bottom of the sea.

“Syngenta scientists found bacteria that could withstand the high temperatures in thermal vents on the ocean floor,” says Duane Martin, Ph.D., commercial traits manager for corn and soybean product marketing at Syngenta. “We wanted a thermostable amylase because it would be efficient and effective in the temperature ranges used in the cook phase of ethanol production.”

“Because of the unique alpha amylase enzyme in Enogen Feed corn, the nutrients in the feed are more digestible, which means animals can utilize more of the energy in the ration,” says Eileen Watson, Ph.D., global project lead for corn trait projects at Syngenta.

Documented feed efficiency gains of about 5% have been recorded for beef stocker and finishing cattle, when Enogen is fed as whole corn, dry-rolled corn or silage.

Researchers have observed feed-efficiency gains, whether calves were fed whole corn or dry-rolled corn. The scientists saw these positive results as early as day 14 in a 90-day study. In addition, researchers tended to see lower dry-matter intake with Enogen Feed corn, Blasi says. “There appears to be more complete digestion with Enogen Feed corn. You’re gaining efficiency, plus you don’t give up yield.”

Syngenta is collaborating with feedlots in Nebraska, along with University of Nebraska scientists, to conduct larger-scale feeding trials with Enogen Feed corn.

“We’re bridging the gap between small-scale trials and farm-scale settings,” says Watson, who notes that Syngenta is also working with Kansas State University and the University of Illinois to test Enogen Feed corn in swine and poultry diets.

For dairy operations growing their own corn silage, switching to Enogen Feed corn hybrids can boost the feed value through higher yield potential, increased starch digestibility and increased total digestible nutrients (TDN), according to research from the University of Minnesota Waseca and Pennsylvania State University.

For example, at dairy feed ration costs of $0.12 per pound dry matter and milk prices at $15.50 per hundredweight, the average Enogen Feed corn user may see a financial benefit of $0.90 to $1 per head per day for lactating cows, due largely to reduced feed intake, which decreases costs for the producer.

“When our nutritionist, Robert Fry, first heard about Enogen Feed, he thought it sounded too good to be true,” Eachus says. “Now he’s sold on it.”

The consistency of results through multiple university trials through multiple feedstuffs speaks volumes about Enogen Feed corn, adds Steven Burback, an Enogen account lead for Syngenta in Nebraska. “Gaining these advantages is as easy as switching the bag of corn you plant.”

As a high-value product, Enogen Feed corn must be grown as an identity-preserved crop and fed on-farm only. Growers must comply with specific, yet simple, stewardship requirements; and the Syngenta team is ready to help get them started.

“Margins are definitely tight, and you need every advantage you can get,” says Baker, who has been in the cattle business since 2012. “That’s why I choose Enogen Feed corn.” 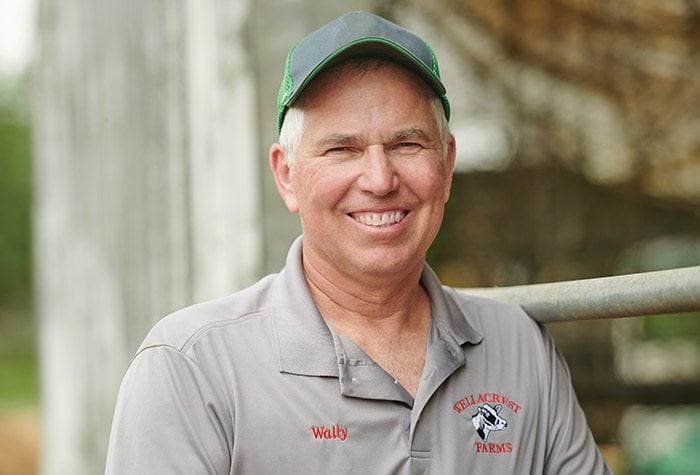 Enogen Delivers Efficient Nourishment for Cattle: Wally Eachus has dedicated his life to building on the farm’s 75-year history of success. 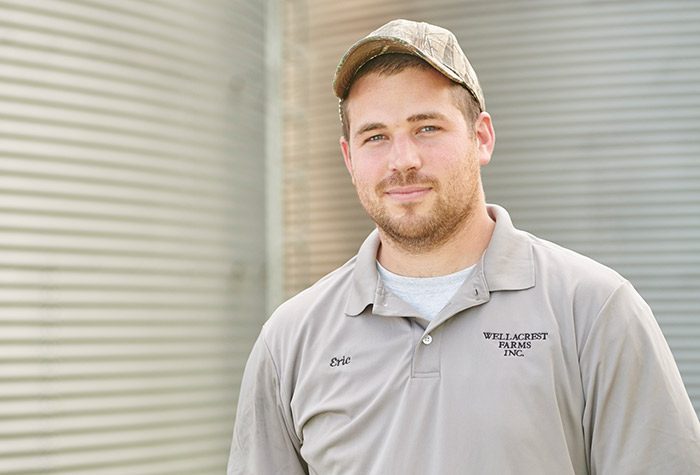 Enogen Delivers Efficient Nourishment for Cattle: Eric Eachus, who represents his family’s fourth generation of Wellacrest Farms owners, works side by side with his dad to keep the operation at the top of the Garden State’s largest dairy farms. 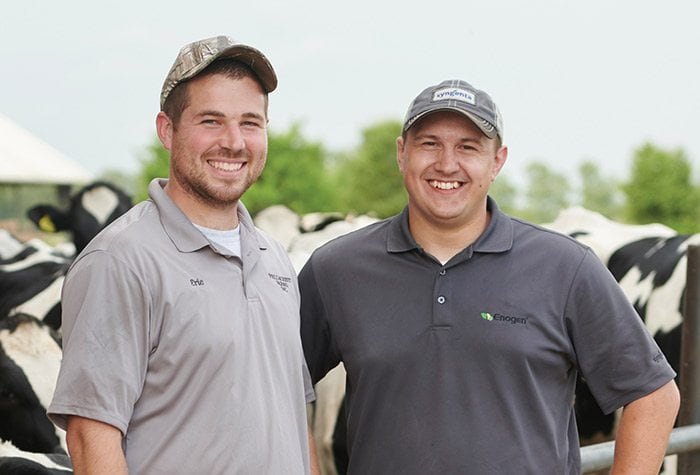 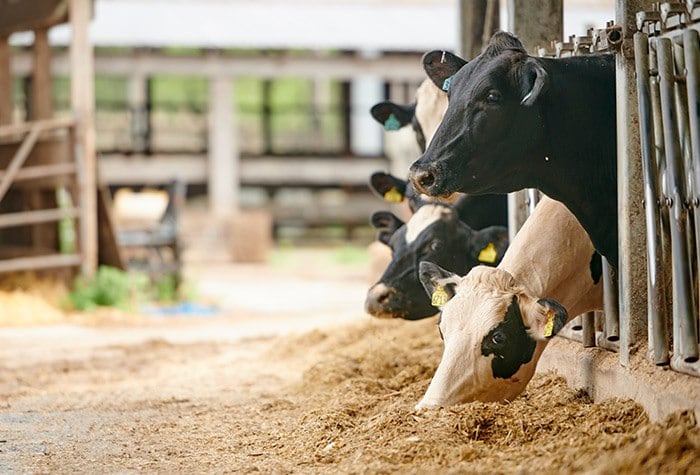 Enogen Delivers Efficient Nourishment for Cattle: The higher levels of sugar and starch availabiity in Enogen Feed corn provide more available energy, which translates into greater feed efficiency for the Wellacrest Farms cattle that ingest it. 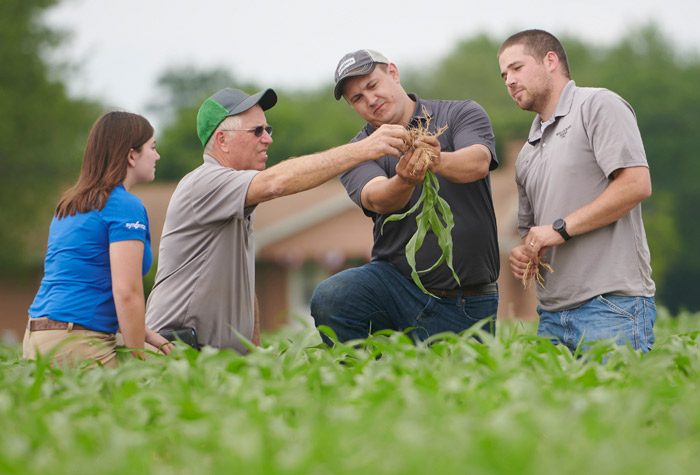 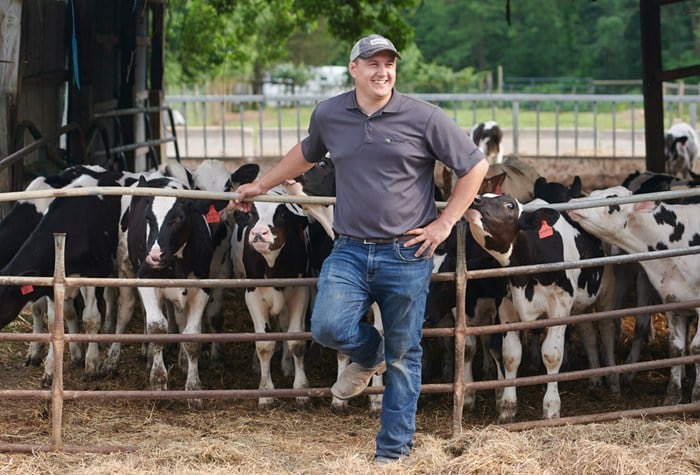 Enogen Delivers Efficient Nourishment for Cattle: Sutton takes pride in helping dairy farmers in his area, like the Eachuses, receive the greatest return possible on their seed investment.
Previous Next