Syngenta experts shed light on the top crop threats facing growers in their areas—and the solutions that will help keep local farms productive.


Interviews by Susan Fisher / Illustrations by Kyle Hilton / Photography by David Bowman
As market disruptors, including mergers and lower commodity prices, threaten to prolong uncertainty, growers and resellers can continue to count on Syngenta to develop cutting-edge crop solutions backed by highly trained technical experts. A key differentiator for the company is the Syngenta agronomy team. It consists of five regional agronomy service managers who oversee more than 40 agronomic service representatives—all living in the agricultural communities they serve.

Their local perspective gives the team members keen insight into what 2018 may bring. In the sections that follow, the agronomy service managers predict which field challenges will pose the greatest risks to growers in their regions this year and what solutions they recommend. 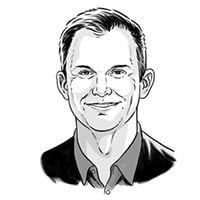 In the Western region, we sell crop protection and Seedcare™ products into more than 100 crops, so it’s difficult to cite a single greatest risk in the West. In California, leafy vegetable growers need more options to control thrips and downy mildew. In North Dakota, kochia in cereals is now resistant to multiple herbicides. In the Pacific Northwest, fire blight in pome fruit has been difficult to control for the past two years, and the long-term forecast shows a wetter trend into mid-year 2018.

Fortunately for growers in my area, Syngenta has new technologies to address each of these challenges. In California, Minecto® Pro insecticide has received registration in leafy vegetables as well as several other crops. It will bring two modes of action (MOAs) and an affordable solution for growers on the coast. Orondis® Ultra fungicide, containing oxathiapiprolin, will bring a new MOA to coastal growers fighting downy mildew. In North Dakota, we launched Talinor™ herbicide last spring, and growers were impressed with the speed of kill against kochia, even at the low-labeled rate. In the Pacific Northwest pome market, the use of Actigard® plant activator is increasing, with more growers successfully using it in a program with antibiotics at bloom. 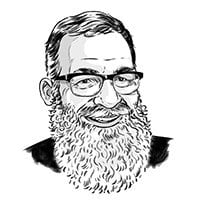 In the western Corn Belt, herbicide resistance and overall weed management are most growers’ largest production issues after profitability. The rapid expansion of waterhemp and giant ragweed populations that are resistant to three to five herbicide classes has changed the way growers and resellers think about traditional weed management. From Kansas to northern Minnesota, these weeds, plus kochia and Palmer amaranth, are causing growers to aggressively question their typical management tools and decisions. Specifically in Kansas and Nebraska, Palmer amaranth has become the single weed species that is driving crop, trait and herbicide choice.

First and foremost, herbicide recommendations throughout the Corn Belt start with using at least three effective MOAs, all of which should have soil residual in two to three passes. In corn, the anchor herbicide is typically Acuron®. With four active ingredients and three effective MOAs, it’s the perfect choice as the basis of an efficacious weed-management program. In soybeans, the anchor is S-metolachlor, or Dual Magnum® herbicide. Our recommendations start with strong residual products that contain this herbicide, including BroadAxe® XC, Boundary® or Prefix® herbicides. Growers should select these brands based on the driver weeds in their fields. An in-season pass of Flexstar® GT, tank mixed with Dual Magnum, is the most common solution for later-emerging weeds, providing soil residual late into the crop-development stages. 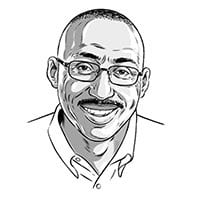 As we look to 2018 in the eastern Corn Belt, growers should continue to implement weed-management plans to minimize the spread of weed resistance to various herbicides. We continue to answer calls about how to manage waterhemp and marestail and effectively reduce the seedbank for subsequent years. Resistant Palmer amaranth weed management is an increasing concern for growers in southern Illinois and Missouri. Additionally, growers in northern Illinois continue to ask about the potential for corn rootworm (CRW) resurgence.

To effectively manage resistant weed biotypes, growers should employ a multifaceted approach. This includes starting with a clean field through tillage or the application of a burndown plus pre-emergence residual herbicide. Making at least two, sometimes three, herbicide applications per season with overlapping effective MOAs is critical to combatting resistant weeds. Herbicide choice is also paramount in the battle against resistant weeds. Selecting products with multiple—ideally three—effective MOAs is the foundation. Additionally, growers should remove any escapes early, so weeds do not go to seed and add to the seedbank. They also should use good agronomic practices, such as establishing narrow rows and increasing plant populations, to promote crop growth and competitive ability.


“Growers should continue to implement weed-management plans to minimize the spread of weed resistance to various herbicides.”

For growers in northern Illinois with CRW concerns, proactive integrated pest management should be the focus. The current year’s beetle numbers forecast the next year’s CRW larval threat, so monitoring is critical to good decision-making. Under high CRW pressure, rotation to a nonhost crop is the first line of defense. Syngenta also provides multiple CRW traits and insecticide options, including Force® insecticide, which offers broad-spectrum control of soil insects, proven performance in high-pressure situations and no reported resistance after 25 years of use.

Jeff Mink, Ph.D., Mid-South and Southwest of the Southern and East Coast Region 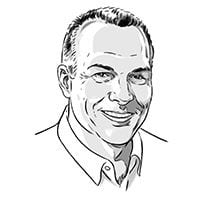 One of our biggest threats will be the continuation of a problem that surfaced last year. Cotton bollworms (CBW) have become tolerant to the Bt gene, resulting in high, damaging populations in cotton. These same insects, also called corn earworms, infest corn and build populations throughout the growing season. All corn contains the Bt gene as well, so some worms from these early populations mature, pupate and emerge as adult moths that move into the more lush cotton crop to lay their eggs, when the corn matures. This part of CBW’s life cycle takes place low in the plant canopy, making the eggs hard to find when scouting and then difficult to control with insecticides, due to lack of spray coverage and canopy penetration.

Mid-South university entomologists have done a great job alerting the industry about this issue. The best recommendation is to scout the cotton crop often, looking low in the plant canopy for eggs, and apply insecticides in a timely manner as worms are emerging from eggs. Most universities also monitor moth pheromone traps that can help alert everyone when moth flights are occurring—an early indicator that growers need to intensify scouting efforts. When applying insecticides, incorporate practices that help get better spray coverage and canopy penetration. These practices include choosing the right spray nozzle, calibrating sprayers properly, increasing water carrier volume and using adjuvants. 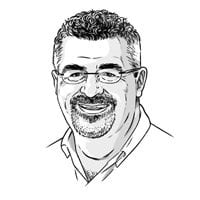 In my geography, which extends from Maine to Florida, I have an extremely diverse crop mix. The challenges vary from crop to crop. However, the one commonality of all the areas is the challenge of low crop and commodity prices and producing the maximum profit per acre in order to stay in business, especially in areas recently hit by tropical storms. Some growers have had two to three years of disastrous weather, and they simply need to produce a good crop to retain enough credit to move to the next season.


Experts at @SyngentaUS discuss the top crop threats facing growers and the solutions that will help. #plant18

In challenging times, the best agricultural products can elevate a grower’s opportunity to maximize return on investment. That normally equates to yields exceeding the area’s average, although in some crops, it is the maintenance of quality plus above-average yields. Syngenta has the product portfolio that allows such returns on investment. With the introduction of innovative products, including the Solatenol-containing brands (Trivapro®, Aprovia®, Aprovia Top and Elatus® fungicides), we continued to assist the grower in delivering yields and quality above the average in 2017. As we move into 2018, we’ll continue to introduce new products, such as the Miravis® brand family of fungicides, which, upon registration, will allow us to meet growers’ needs and further enhance their ability to produce the best crops possible.

READ NEXT
Syngenta Products Offer Benefits That Generics Don't
At Syngenta, brand names are backed by $1.3 billion in annual research and development and a steadfast dedication to
customer service.
➤
Current News & Events
View Video & Photo Gallery
Back to Top
Thrive