Syngenta experts assess the toll aflatoxins can take on crops and prescribe preventive measures that can help minimize the damage.


Interview by Susan Fisher / Photography by Alex Maness
What are aflatoxins and why should growers be concerned about them? 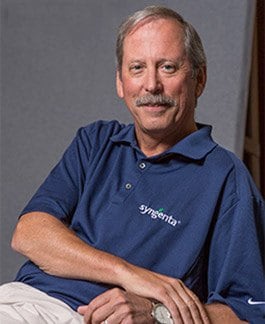 Eric Tedford, Ph.D., technical product lead, fungicides, Syngenta: Aflatoxins are a type of mycotoxin produced by the soilborne fungi Aspergillus flavus and Aspergillus parasiticus. The term mycotoxin literally means “poison produced by a fungus.” Aflatoxins, among the most naturally occurring carcinogenic substances, are toxic to animals and humans, even at very low doses. For this reason, the Food and Drug Administration (FDA) regulates levels of aflatoxins in food products for human consumption and feed for animals. During outbreak years, the potential economic impact on growers is great: Aflatoxin contamination may force growers to accept lower prices at market or even destroy their crops completely if levels are too high. The U.S. Department of Agriculture estimates that aflatoxins cost U.S. corn growers alone $200 million annually.

Why, when and where do aflatoxins occur? 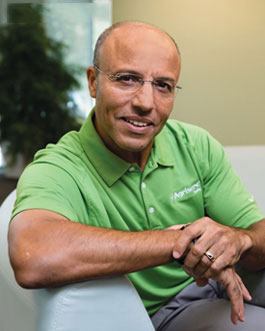 Miloud Araba, Ph.D., technical product lead, traits, Syngenta: Aflatoxins can be found in several important crops, including cotton, peanuts and corn. Corn is particularly susceptible to these molds and, consequently, to aflatoxin contamination. Aflatoxins can occur anywhere these crops are grown, but they tend to occur more frequently in areas under drought or high-heat-stress conditions. Aflatoxins are also more likely to occur in corn that is damaged from ear-feeding insects, such as corn earworm and western bean cutworm. After harvest, molds and aflatoxin production can continue in storage bins under the right conditions, such as excessive moisture, high temperatures or poor aeration. While controlling these conditions in storage is possible, growers cannot accurately predict or control drought or heat in the field; therefore, consideration of other preventive measures becomes necessary.

What regulations are in place to protect growers, livestock and consumers?

Araba: The FDA has important regulations on aflatoxins for grain elevators, feed manufacturers, grain processors and exporters. These regulations mandate acceptable amounts of aflatoxins in grains, foods, feed ingredients and finished feed. The FDA has issued regulatory limits, which it calls action levels, to convey its regulatory policy on aflatoxins. For example, the extremely small amount of 0.5 parts per billion (ppb) represents the action level for aflatoxins in milk for human consumption, while 20 ppb is the action level for corn that immature and dairy animals can consume. To appreciate how low a concentration that is, 1 ppb is the equivalent of a penny in $10 million dollars. The FDA website offers more detailed information on aflatoxin regulations.

How do growers know they have a problem?

Tedford: The challenge for growers is that the presence of aflatoxins is oftentimes not visible. This situation is particularly true for corn. Most growers don’t discover they have a problem until they deliver their harvest for sale. There are ways to detect the presence of aflatoxins, but many of these methods don’t provide quantitative information that would indicate how many ppb are in the grain. The methods for precisely quantifying aflatoxins are expensive and can only be done by laboratory professionals.

What can growers do to reduce aflatoxins in their crops?

Tedford: There are several cultural practices that can help growers reduce their risk. By rotating crops with nonhost crops, growers can substantially lessen the buildup of fungi in the soil. Burying residues also helps break down the host plant materials on which the fungus can

"Aflatoxin contamination may force growers to accept lower prices at market or even destroy their crops completely if levels are too high."

otherwise overwinter. Irrigation helps as well, because unlike most other fungi, A. Flavus favors hot, dry conditions.

Growers can also use technological innovations, such as Afla-Guard® biocontrol agent, to reduce aflatoxins. Afla-Guard is a biological product from Syngenta that contains a nontoxigenic strain of A. Flavus. This strain competes against the resident toxigenic strains via competitive exclusion. What this means is the good guys colonize the silks of corn and prevent the bad guys from establishing. The end result is a decreased aflatoxin level in corn. Across 247 corn trials over five years of testing in Texas, Afla-Guard consistently reduced aflatoxin levels by roughly 88 percent, which represents a significant mitigation of toxin levels.

Another preventive measure is controlling insects and reducing their feeding wounds, which become the fungus' entry points to the crop. Growers can reduce this damage by choosing the right hybrid and applying Endigo® ZC or Warrior II with Zeon Technology® insecticides.

Araba: To reduce the occurrence of aflatoxins in corn, the choice of hybrid and its trait stack is critical. The Agrisure Viptera® trait is particularly effective against key ear-feeding lepidopteran insects,

"Hybrids containing the Agrisure Viptera trait showed reduced aflatoxin levels by as much as 70 percent, compared to hybrids without insect traits."

including corn earworm and western bean cutworm, and has demonstrated an ability to significantly reduce aflatoxins. In these trials, conducted by Texas A&M University and Syngenta, researchers correlated aflatoxin levels in corn with grain damage from corn earworm feeding. Hybrids containing the Agrisure Viptera trait showed reduced aflatoxin levels by as much as 70 percent, compared to hybrids without insect traits. Research has also shown that Afla-Guard and corn hybrids with the Agrisure Viptera trait complement each other to provide a more comprehensive approach to reducing aflatoxins in corn.